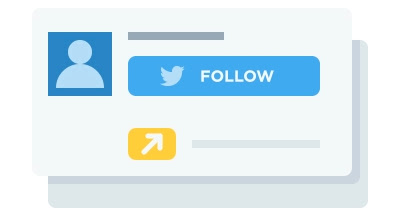 How to Be an Entrepreneurial Rock Star

20 Hashtags to Make you a Twitter Rock Star We all want to know where we can find the next big thing, below there are 20 Twitter Hashtags you need to follow if you want to make the most out of your favorite twitter lists and/or feed. Don’t forget to “Like” or +1 this post.. read more →

50% of Consumers Find More Value in a Brand’s Facebook Page than Website! About 82% of respondents said Facebook page is a good place to interact with brands. But one of the top reasons to follow a brand on Facebook is to print coupons and discounts. The study revealed that 77% of those who “Like”.. read more →

Do You Need a Twitter 12 Step Program? People like to joke about being addicted to a lot of things; chocolate, shoes, even cell phones. In this infographic we learn that the little blue bird may seem harmless enough, but are we on the verge of becoming a nation of insatiable Twitter junkies? Don’t forget.. read more →