You are here: Home | Blog | Digital Natives and Native Advertising

Is Native Advertising Ruining the Internet? Or Just Journalism?

On this past week’s ‘Last Week Tonight’, the hilarious and surprisingly informative John Oliver had a segment on Native Advertising and it effect on the degradation of journalistic integrity. I found this clip very, VERY interesting as he went through all the reasons legit journalism sources should avoid such advertising tactics. I particularly enjoyed him pointing out most readers and website visitors don’t recognize they are being advertised to and the piece they are reading is 100% sponsored. My thought on that particular point of view… the only people upset about this are folks who remember Peter Jennings, Tom Brokaw and Walter Cronkite as pillars of integrity and fair reporting. The people who remember having to wait to get news each morning or monthly depending on which news sources in which they subscribed. Or basically people who spent most of their lives paying for the news (i.e. newspaper subscriptions).

Now, let’s fast forward to today. We have an entire generation of consumers who have spent the majority of their lives (if not entirety) with access to free and immediate news. And with that level of access, they as a group have come to understand there is a price to pay and that price is sponsored content or “native advertising”. I recently spent a tremendous amount of time with this group, and they are more concerned with banner ads and commercials running during their streaming videos or before YouTube videos than with the occasional sponsored post or story.

Sponsored posts are a great way to get your message and product in front of as many eyeballs as possible. Here in the Cincinnati area a food blog makes more money each month than the owner makes from his day job, all because he has a voice and topics people want to hear, but when to comes to native advertising he takes on sponsors that make sense to his audience and then creates specific content to entice his audience to engage with the sponsoring brand. That doesn’t sound like a horrible use of native advertising and as far as the Millennial and gen-Z readers, they are more than happy to read then tweet, pin, post and share these stories.

That is an example of a using native advertising to make sure your blog thrives and your audience gets what they need in the form of exciting and enticing content. What John Oliver’s piece is focused on is the type of native advertising that is masquerading as a legit journalism bit of reporting. He made jokes about a couple of examples of stories like BP and the oil spill and some other outrageous and rather funny examples (that I’m honestly not 100% certain are fictitious). And that is the problem with native advertising, when the offending websites are unscrupulous about what they allow posted on their website. Out side of this blog I have another blog where I regularly get requests to post sponsored content, and I usually say no, because it is not really for my audience, but if I just took that money and advertised it would be bad for my audience, and I would lose my Millennial and gen-Z users at an alarming rate. What I’m trying to say is when going the sponsored stories route stay authentic to your voice and them of your website or just don’t do it.

Ok, so what does this big rant have to do with Digital Natives? Well they are more savvy than the average Baby Boomer on the web (for the most part). But the real reason we are having this conversation is because Native Advertising just plain works. 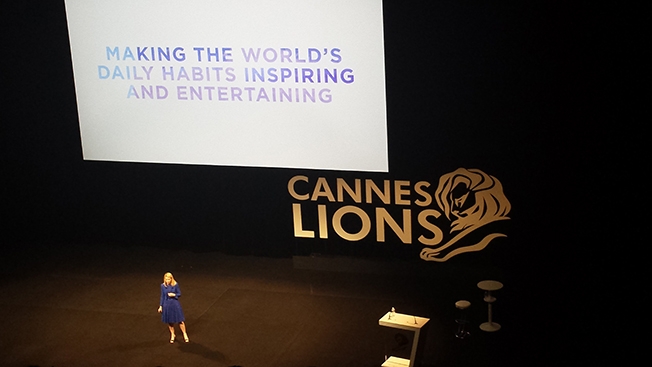 • Viewers of native ads are 3.6 times more likely to perform a branded search than viewers of traditional display ads.
• Viewers of native ads are six times more likely to do a related search.
• 46 percent of millennials who noticed branded content say they consumed the content.
• One-third of those millennials shared the branded content.
Yahoo has traditionally offered two kinds of native ad options: image ads and stream ads, which the network describes as ad units “naturally blending into the content streams viewed by users.”

The stats that really stick out: 46 percent of millennials who noticed branded content say they consumed the content. And, one-third of those millennials shared the branded content. So if almost half of Millennials see this type of advertising as click and more importantly share worthy, brands and publishers need to continue optimize and becoming better at what the put out on the web and what their goals, key performance indicators and metrics look like.

As we continue to look for new and better ways to cut through the clutter of advertising on the Internet, we need to look at who we want to reach, where they are and what methods can we use that negates the use of technology to block those attempts (i.e. ad blocking software and apps). But as far as digital natives are concerned they don’t care if your site has native advertising and to the point of Marissa Mayer, nearly 33% of the time, they are willing to not only read your sponsored post, but they will share that post as well.

Where do you see native ads going? There is already plenty of disclosure required for brands and publisher, is it enough to have a simple “sponsored” tag? Or should it be more clear the post is most likely going to be one sided? I can see there being more regulation put on native ads before they are just left alone, but the reals questions is are digital natives worried about where the content is coming from? And do they care if it is essentially a commercial?

Need help with your digital marketing efforts, including Native Advertising? Give us a call at 513.445.2098 today!