You are here: Home | Blog | Who is the King of the Tech Mountain?

Who is the King of the Tech Mountain?

Just How Much Money do The Tech Giants Make?

In 2012 Apple took the crown as the world’s most valuable company, but 2013 has been a rough year for the house the Jobs built. Even with record breaking sales and numbers of units sold, it seem like Apple can do no right. After Samsung‘s introduction of the new Galaxy S4, Apple is on dangerous ground with Google hot on their heels as their stock price is reaching all-time highs. If the new iPhone follows suit of the “S” iteration will there be an exodus from iOS? The perceived lack of innovation from Apple HQ has even cost Apple the top spot as Exxon Mobil took over with a market cap of $420 billion early on in 2013.

Will this be the year Google finally passes Apple in value? And what about the other titans of tech like Amazon, Facebook and even Microsoft? Check out the infographic below and weigh in on who you think will be tops of the tech wars by the end of 2013. 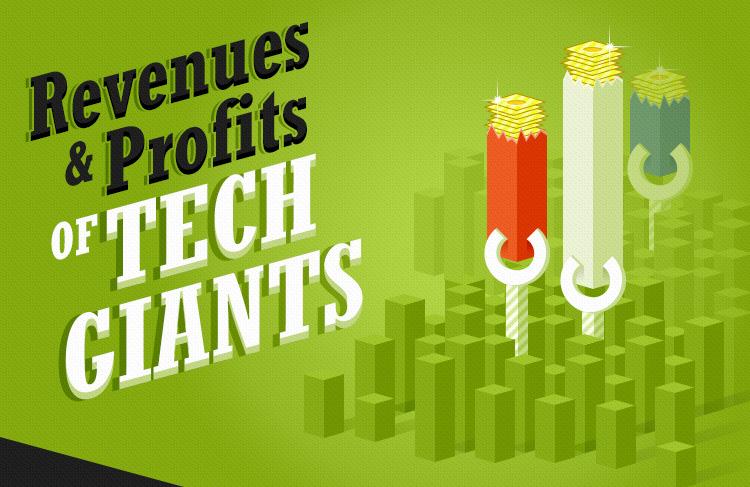